British church leaders have expressed support for a Climate Change Day of Prayer on 4 October in the run up to the next United Nations climate change summit due to take place at the end of the year.

"I shall be joining Christians from many different churches on 4 October in praying to the Author of Life and Father of our Lord Jesus Christ that God's will be done during the decisive Copenhagen conference this December," said the Bishop of London, the Rt Revd Richard Chartres. "Prayer is powerful in dispelling the illusion that we are gods; an illusion which has wreaked such havoc on the earth."

Resources are now available on the Churches Together in Britain and Ireland website to help Christians organise local events on 4 October, or another nearby date that might be more convenient. The Climate Change Day of Prayer will be the culmination of a "Time for Creation" month of study by British and Irish churches on the theme of "Creation in Crisis - a time for prayer and action".

The Bishop of Liverpool, the Rt Revd James Jones said, "I urge all Christians to pray for the earthing of Heaven on this day of prayer. Each day I make my own prayer with these words, 'Holy Jesus, Son of Man, come in glory and renew the face of the earth'."

The Climate Change Day of Prayer is an initiative of the Environmental Issues Network of Churches Together in Britain and Ireland (CTBI). The network brings together environmental representatives from all of Britain and Ireland's mainstream churches. Also involved are Christian development and environmental organisations, including Christian Aid, CAFOD, Tearfund, A Rocha, Christian Ecology Link, EcoCongregation, the John Ray Initiative, and Operation Noah.

"Prayer is at the heart of all our actions, and this call to prayer comes at a good time," said Linda Jones, Head of Spirituality for the Catholic development agency, CAFOD. "We pray not just that political leaders might act but that we too may be transformed. We need to be ready to change the way we live to reflect our belief that we are called to care for creation, not to participate in its destruction. Poor countries are already bearing the brunt of droughts, floods and extreme weather conditions. CAFOD is calling for a fair and binding climate change deal at the UN meeting in Copenhagen this December which puts poor communities at its heart. We pray that we may recognise our responsibilities towards others, and towards creation itself, which, in its beauty and diversity, mirrors the glory of God. As the Catholic Bishops' Conference of England and Wales has written, 'Our destructiveness can silence creation's song of praise to God; our care for creation can be a true expression of our own praise."

The President of the Methodist Conference, the Revd David Gamble, is also supporting the Climate Change Day of Prayer. He said, "We need not only brave words but also brave actions. This means showing we understand both the gravity and complexity of the situation facing our planet. It means offering our support in every possible way to those committed to finding solutions, especially those involved in the Copenhagen talks. For Christians, that support must be grounded in prayer, which makes 4 October an important date. However, our support cannot stop there; it needs to be expressed in our willingness to change our lifestyle as individuals and as churches."

The Rt Revd William Hewitt, Moderator of the General Assembly of the Church of Scotland, commented, "Climate change is one of the greatest challenges we face in the 21st century. The Church of Scotland is responding to climate change by asking all presbyteries to monitor and reduce their carbon footprint, and I am delighted to join churches elsewhere in Britain and Ireland to call upon all congregations to join in prayer on 4 October. In particular, we would pray that world leaders and governments everywhere are alive to God's will, and that we understand our duty of care for creation and put aside our selfish interests".

Dr Isabel Carter has written the resources for the Climate Change Day of Prayer in coordination with Operation Noah. She says, "The talks in Copenhagen this December are of huge significance because they provide an opportunity for the nations of the world to reach binding agreements on cutting back carbon emissions to slow rising global temperatures. Bold agreements for action are needed based on climate science. Much of the negotiating and decision making will take place prior to the summit in December. Hence, there is the crucial need for prayer over the next three months."

"When it comes to climate change, there is plenty of talk and, at least in some quarters, plenty of action. What is often missing is quiet reflection and passionate prayer", said the Revd Dave Bookless, Moderator of the Environmental Issues Network and Director for theology, churches and sustainable communities at the Christian conservation organisation, A Rocha UK. "As the world descends into fearful uncertainty, we need space to ask God for his perspective and intervention, to think about what our abuse of creation says about us, and to plead for a new vision of God's purposes for us in his world. I believe the Climate Change Day of Prayer is probably the most important initiative that Christians can be involved in during the lead up to the critical negotiations in Copenhagen."

The Revd Professor Michael Northcott, professor of ethics at the University of Edinburgh and a member of the Scottish Episcopal Church, has commented on what he believes are the underlying issues of climate change. He said, "The biggest per capita global polluters have laid out their stall before Copenhagen and declared their intent to go on polluting, with very little restraint, to 2020 and beyond. Faith in capitalism has supplanted faith in the Creator, and humanity and the planet are on the brink of runaway global warming. On this day of prayer, Christians will gather to witness to their love for God and creation."

Those behind the Climate Change Day of Prayer initiative hope that Christians will hold joint times of prayer within every town and city.

The date of Sunday, 4 October is St Francis' Day, and many churches will hold their harvest festival services then. This makes the date an appropriate time to pray especially about climate change. The organisers are also encouraging churches to arrange several times of prayer before and during the Copenhagen talks in December.

All the resources required to prepare for, promote and run a Climate Change Day of Prayer event are available for free download at www.ctbi.org.uk/climatechangeprayer.

Time for Creation 2009 materials remain available as free downloads at www.ctbi.org.uk/creationtime, and are available in Welsh and Irish language versions, as well as in English. 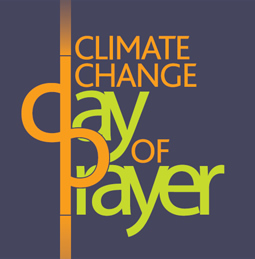