I am often asked what the churches' involvement in asylum is, as though the
speaker assumes it is small. This is because the churches' practical,
under-the-radar work is mostly unreported.

In reality, more often than not, support for asylum-seekers and migrants, as well as responding to poorly thought-out policies, is done by faith members or by faith organisations, acting on the principles of justice and love of neighbour.

There are church- and faith-based welfare drop-in centres in cities throughout the
country where migrants are welcomed, fed and watered, can use internet and phone facilities, and find signposting for legal and medical help, as well as talk to people to help them decide what to do next with their life.

The centres negotiate with stressed local authority officials, with GPs and hospital
departments and immigration authorities; they run English classes, crèches, clothes stores. Often they provide bus fares for those who live long journeys away.

As one church report noted last year, "Many volunteers working in drop-in centres
are shocked by the stories of abuse and illtreatment suffered by asylum-seekers. Yet they are inspired by the courage of those who have still remained hopeful."

Churches frequently find and help distressed asylum-seekers or migrants in their midst during prayers. At a recent joyous and colourful London assembly of ‘Diaspora Citizens' some 900 testified as to what is needed in dealing with migrants - including listening to the voices of migrants' themselves.

Church members are being trained as "Sign-Posters", in which they are provided with a basic knowledge of immigration procedures to help migrants solve their immigration problems. The scheme has the support of the Office of the Immigration Commissioner.

These are just a fraction of the church's activities in this field, work that has been made even more important by the rapid shrinking of public sector resources, regionally and nationally. In the face of a hurricane of cuts, the faith sector is working hard to find creative responses that might renew the Good Society and protect against community disintegration.


This article was first published in Migrant Voice 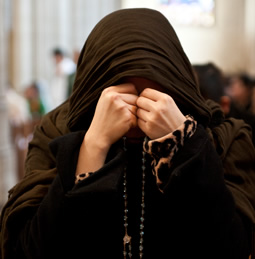