Here we provide links to Christian organisations and development agencies involved in environment and climate change issues, plus web pages and information provided by the churches. We also have a section of links to other groups, including the UK Government. Please note, most links are to external websites:

A Rocha is a Christian conservation organisation. Started in Portugal in 1983 (where A Rocha means "the rock") it now works in many countries around the world, operating by means of distinctively Christian projects and with a variety of partners. Its projects are normally community based and encourage people to become both informed and involved in looking after God's world together.

Planetwise, is a book by A Rocha UK's National Director Dave Bookless, and an associated Environmental Resource Pack to help churches, groups and individuals explore the creation care message further.

A Rocha started an initiative called ‘Living Lightly' as a guide to a simpler, greener lifestyle. A Rocha is currently producing resources for this which will be made available on its website.

Christian Ecology Link (CEL) is an inter-denominational Christian organisation for people concerned about the environment. It provides information on ecology and the environment for Christians and churches, and offers Christian insights to the Green movement.

Eco-Congregation is an ecumenical programme which helps churches make the link between environmental issues and Christian faith, and to respond in both practical and spiritual ways. It provides resources for churches to do an environmental audit (church check-up) and to encourage appropriate action.

The programme is free of charge and very flexible, so it can be used for any church or congregation. There is also an award scheme to encourage change.

Eco-congregation has separate sections for:
England and Wales
Scotland
Ireland

An initiative of Christian churches and organisations to protect people's access to water around the world and promote community-based initiatives and solutions to overcome the water crisis.

Since it began in 1998, the European Christian Environmental Network (ECEN) has enabled the churches of Europe, and other Christian groups involved in environmental work, to share information and common experiences and to witness together in caring for God's creation.

ECEN is a network of the Conference of European Churches CEC. It is CEC's chief instrument for addressing our relationship with nature and the environment from the perspective of Christian theology and Christian way of life.

The John Ray Initiative (JRI) is an educational charity with a vision to bring together scientific and Christian understandings of the environment in a way that can be widely communicated and lead to effective action.

Operation Noah's mission is to encourage Britain and Ireland's churches and governments to lead a radical transformation in both our culture and economic systems towards simpler, liveable and supportable lifestyles that will increase happiness and well-being, while safeguarding the whole of God's creation for future generations.

Originally a joint project of Christian Ecology Link (CEL) and the Environmental Issues Network of Churches Together in Britain and Ireland, it is now set up as a separate organisation while retaining its Christian focus. Individuals are encouraged to support Operation Noah's campaign aims.

Christian Aid works where the need is greatest in nearly 50 countries, regardless of ethnicity, nationality or religion, to meet suffering and stop poverty through providing emergency relief or long-term development.
Christian Aid climate change page

CAFOD raises funds so that it can promote long-term development, respond to emergencies, raise public awareness of the causes of poverty, speak out on behalf of poor communities, and promote social justice in witness to Christian faith and gospel values.
Get clued up: Climate and environment

CAFOD developed a Live Simply project based on the radical idea that God calls us to live simply, sustainably and in solidarity with the poor, from the prophetic document Populorum Progressio, written by Pope Paul VI. This project has been absorbed into the Catholic Social Teaching website.

MRDF works in partnership with small-scale, locally-based organisations in the poorest countries of Africa, Asia and Latin America. It provides grants to help them grow and become more self sufficient.

It has produced a Bible study pack on climate change:
MRDF Study Pack (2008)

The official aid and international development charity of the Catholic Church in Scotland.
SCIAF

Tearfund is a Christian relief and development agency working with a global network of local churches to help eradicate poverty.
Tearfund Environment and Climate Change

Trocaire is the official overseas development agency of the Catholic Church in Ireland. Its areas of work include Climate Change.

Creation Challenge
Environmental network of Baptist Union of Great Britain, Methodist Church and United Reformed Church
Focus is an email newsletter to connect with church people who are active on environmental matters, but also has a website

Church of England
Shrinking the Footprint campaign
Science, Medicine, Technology & Environment - resources and policy statements
Archbishop of Canterbury's environment pages
The Omega Climate Change Course was started by 2 churches in Sheffield, but seeks closer links with other faith groups and liaises closely with the Sheffield Campaign against Climate Change. The course was last updated in 2009.

Methodist Church
Part of the Creation Challenge environmental network (see above). At the 2009 conference, the report Hope in God's Future: Christian Discipleship in the Context of Climate Change (PDF)  was debated.

Roman Catholic Church in England and Wales
Diocese of Westminster: Climate change a crucial issue (2007)
Sound of Many Waters initiative of the Diocese of Clifton, endorsed by the Catholic Bishops' Conference of England and Wales (last updated 2008)

United States Conference of Catholic Bishops
Climate Change Justice and Health Initiative pages include the paper Why Does the Church Care About Global Climate Change?

Union of Welsh Independents
Has published an environmental pack (2008) "based on solid scriptural and scientific authority - dealing with contemporary ecological themes from a lively Christian viewpoint".

The Climate Coalition
Together with Stop Climate Chaos Cymru and Stop Climate Chaos Scotland, aims to be the broadest and most diverse coalition yet established within the UK to campaign for changes to government policy on climate change. Its membership includes many Christian environmental organisations, along with other UK leading environmental bodies and international development agencies.

The Green Bible
Verses and passages that speak to God's care for creation are highlighted in green, includes a 'green Bible index' and personal study guide, and is printed on recycled paper, using soy-based ink with a cotton/linen cover.

The Evangelical Environmental Network and Creation Care Magazine
An American based organisation that seeks to educate, inspire, and mobilise Christians in their efforts to care for God's creation and protect the environment.

Creation Care for Pastors
An American site which contains many useful resources and links.

Web of Creation
Established to foster the movement for eco-justice - described as any effort that promotes ecological integrity with social justice as a central focus of religious understanding. Maintained by the Lutheran School of Theology at Chicago.

Wisdom in nature
An ecological & community activism group guided by Islamic principles. It is open to people of all faiths and beliefs, and has a presence in London & Brighton.

Islamic Foundation for Ecology and Environmental Sciences (IFEES)
An internationally recognized body which articulates the Islamic position on issues relating to destruction the Earth's eco-systems while at the same time suggesting practical responses for Muslims. Its newsletter is EcoIslam.

Ecological Buddhism
A Buddhist website looking at the science and solutions to global warming.

The Big Green Jewish Website
A joint venture by The Noah Project, Britain's Jewish environmental group, and The Board of Deputies of British Jews. 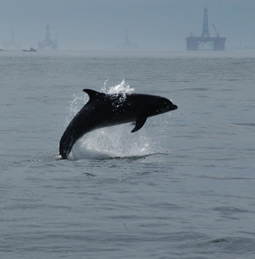