The theme for the CTBI resources is based around Migration 2010, keying into the Migration 2010 initiative of the Conference of European Churches and the Churches' Commission for Migrants in Europe.

Word versions of the resources, which can be edited, are available for the individual sections (without photos for licensing reasons).

For help with downloads look at this guide.

Booklet (for printing A5 on A4 paper)

Complete pack (for printing A4)

You can also download the resources in individual sections: 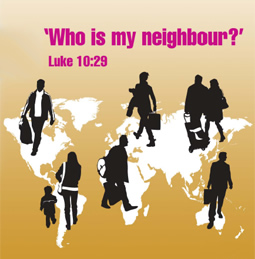