Jesus of course was Jewish and the very first Christian communities were largely Jewish.

Christianity holds the Jewish Scriptures to be authoritative, albeit with different interpretations.

So Christians and Jews have a shared heritage. However the history in Europe has been an unhappy one with many Christians seeing Jews as being responsible for the death of Jesus which has led to anti-Semitism and appalling pogroms and the Holocaust, and further incidents of violent persecution and victimisation.

Sadly, anti-Semitism is still very much with us and in September 2006 the UK Parliament published the report of the Parliamentary Committee Against Anti-Semitism which raises awareness of issues of Anti-Semitism at the present time.

Ecumenically, Church leaders show their commitment to Jewish-Christian relations through their shared Presidency of the Council for Christians and Jews (which has a network of local groups), together with Jewish Leaders.

The Churches have made a priority of Jewish-Christian relations:

The Roman Catholic Church addresses Jewish-Christian Relations through the Pontifical Council for Promoting Christian Unity. The Commission of the Holy See for Religious Relations with the Jews has important documents that are invaluable resources.

In September 2006 the Archbishop of Canterbury signed an historical agreement with the Chief Rabbis of Israel, setting out a framework for continuing dialogue.

In January 2002, leaders from Judaism, Christianity and Islam signed an historic declaration, committing themselves to working for a just and lasting peace between Israelis and Palestinians.

The Baillie Lecture, University of Edinburgh, November 2006 given by Ephraim Borowski, Director of the Scottish Council of Jewish Communities, addressed the challenge of inter faith relations and provided a Jewish view of the challenges facing Scottish Society.

In January 2012, the Churches' Inter-Religious Network made a public statement about the importance of a strong relationship between the churches and the Jewish community. This can be read here. 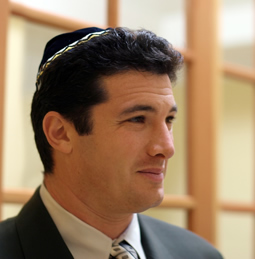