70 candles for 70 years - interactive map of candle locations
Holocaust Memorial Day events will host one of 70 specially designed candles commissioned to mark the 70th anniversary of the liberation of Auschwitz-Birkenau. The candles will symbolically link commemorations taking place across the UK. You can find your nearest event using an online interactive map.
Holocaust Memorial Day

The resources below are created jointly by the Council of Christians and Jews, and Churches Together in Britain and Ireland (CTBI), for Christian churches. They are intended to offer a range of materials in which to explore the theme of Keep the Memory Alive; what remembrance is; how to deal with enmity and achieve true reconciliation, ecumenically, between Jews and Christians, and in wider interfaith relations.

One of the most painful realities for European Christians to deal with is the past complicity of many Christians and churches in the Nazis' attempt to exterminate the Jewish people. A long history of Christian anti-Semitism that fed into numerous persecutions of the Jews, up to and including the Holocaust/Shoah, has also been acknowledged.

Christians and churches can engage with the issues relating to the Nazis Holocaust, and relations with the Jewish community, in numerous ways.

The Roman Catholic Church addresses Jewish-Christian Relations through the Pontifical Council for Promoting Christian Unity. The Commission of the Holy See for Religious Relations with the Jews

has important documents that are invaluable resources.

The Council of Christians and Jews, the Centre for Jewish-Christian Relations in Cambridge and the Beth Shalom Centre

all provide resources and opportunities for further study and reflection.

provides resources for the day itself, as well as general material. They also offer a regular email-based newsletter. 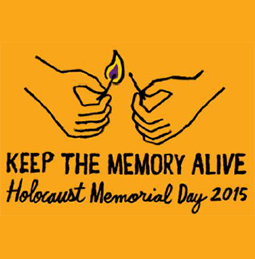