Although Buddhists represent one of the smaller religious communities in Britain and Ireland, Buddhism can be described as one of the three largest global religions (along with Christianity and Islam).

Buddhism is the majority religion in many countries in Asia including Myanmar, China, Japan, Korea, Sri Lanka, Tibet and Thailand.

Buddhism is generally seen as having two ‘traditions' - Theravada (the Way of the Elders) and Mahayana (the Great Vehicle), which holds within it the Tibetan Buddhist tradition, sometimes called Vajrayana (theVajraVehicle).

The BBC's religion and ethics

Christianity and Buddhism are vastly different religions which sometimes seem to occupy different philosophical worlds. Nevertheless, there are many initiatives that seek to develop better understanding between Christians and Buddhists.

Dialogue between the two religions focuses on a number of important areas but in particular meditation and socially engaged spirituality. Christians and Buddhists have also explored some of the common themes in the teachings of Christ and the Buddha, such as renunciation, selflessness and non-violence. Dialogue between Christian and Buddhist monastics (inter-monastic dialogue) has also become increasingly significant.

In May 2008, His Holiness the Dalai Lama met the Archbishop of Canterbury, Dr Rowan Williams, and other religious leaders from the main faith traditions, at Lambeth Palace for discussions on the priority of compassion.

The Society for Christian-Buddhist Studies 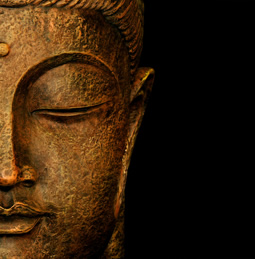