The Reims Statement: Praying with One Voice

Common work for our life in Christ is a response to Christ's prayer for unity 1. We believe that what has been achieved in ecumenical common liturgical texts and lectionary is the work of the Holy Spirit. The fruits of this work point to the power of the Spirit working in and among Christians, providing abundantly more than we could have asked or imagined 2, to the glory of the One God. Our statement celebrates what has been accomplished thus far and looks toward the future with hope.

The ecumenical and liturgical movements of the twentieth century, bringing together biblical and historical studies, fed a steady stream of ecumenical liturgical renewal. Today we enjoy the fruits of this harvest.3 Notable among these are common liturgical texts and the Revised Common Lectionary. They are experienced in real and immediate ways in the life of the churches and in contexts of ecumenical worship. They enrich ecumenical relationships in a mutual evangelical spirit. We celebrate the sense of being at home in one another's churches that comes with praying the same texts and hearing the same scriptures in the Sunday liturgy.

For the first time in history, Christians in the English speaking world are using common liturgical texts. In the process of coming to agreed common texts, scholars from different Christian traditions agreed on principles for the translation from the earliest sources. This in itself has been a gift. Despite only having been in existence for a relatively short time, these texts have been adopted freely by an ever increasing number of churches.5 We celebrate this. They are being experienced as a gift, a sign and a way to Christian unity in our diversity. As the churches continue to discover the riches of these shared texts, we believe further revision is inappropriate at the present time. We invite all who have not yet explored these texts, and those who have departed from their use, to join us in prayerful reflection on the value of common texts and careful consideration of the texts themselves. Prayed together, shared common texts become a part of the fabric of our being. They unite the hearts of Christians in giving glory to God as we undertake the mission of the Gospel.

The Revised Common Lectionary has been widely adopted by churches in and beyond the English speaking world.7 Its regular use has broadened and deepened our engagement with scripture in worship, Bible study, catechesis and personal devotion. We celebrate the possibilities offered by sharing the same scripture readings across the churches and the production of related materials in all forms to support the liturgical experience. The strengthening of ecumenical relations among clergy and lay people and the renewed appreciation for the rhythm of the church's year are among its blessings.

7. Churches in Scandinavia, Hispanic speaking areas, Korea, Japan, Netherlands, Venezuela, Polynesia, South Africa (including Afrikaans speaking churches), are among those who have adopted the RCL and many more are expressing interest.

8. See The Word of God in the Life and Mission of the Church: Synod of Roman Catholic Bishops, 2008. Final Proposition no. 16 : "The Lectionary - The revision of the Lectionary could be made in dialogue with those ecumenical partners who use the common Lectionary." 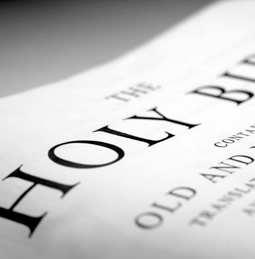