killing of coptic christians in libya

The World Council of Churches (WCC) has responded to the killing of 21 Egyptian Christians by Islamic State (IS) militants in Libya.

'We express our deepest sympathy and condolences to the families of the young Egyptian men who had travelled to Libya to work for their support, and who became the victims of this outrage,' said Rev Dr Olav Fykse Tveit, WCC general secretary, in a letter addressed to Pope Tawadros II, patriarch of the Coptic Orthodox Church in Egypt.

Read the full statement on the World Council of Churches website

We are united in prayer for the bereaved families of the twenty-one Coptic Christians murdered yesterday for no reason other than their faith. As Presidents of Churches Together in England, and on behalf of its forty-three member churches, we wish to stand in solidarity with our brothers and sisters in the Coptic Church as they witness to peace in the midst of violence and brutality. In the name of Jesus Christ, the Prince of Peace, we pray also for those who perpetrate such atrocities against those of all faiths and none, that they may understand that each human life is sacred and beautiful to God.

16 February 2015
Archbishop of Canterbury responds to murders in Denmark, Libya and Nigeria

The terrible cruelty of the murders in Denmark, Libya and Nigeria call for deep compassion for the bereaved and killed. The killers seem to rejoice in ever more extreme acts carried out to inflict ever greater terror. We must all weep with those affected, and know that in the love of Christ all evil will be overcome.

In Egypt and Libya, the home of Christian faith, of saints and martyrs since the earliest centuries, more suffering has been perpetrated. The Coptic church has responded with courage and as always with faith. The light and peace of Christ are at the heart of the faithful lives of Christians, and will not be overcome by the darkness which ISIS seek to spread. I have been in touch with the Anglican Church in Egypt to express solidarity.

Let us pray for the peace of Christ to be evident, and for governments affected to be wise and courageous.

The terrorist attacks in Libya and Denmark have been condemned by the Convenor of the Church & Society Council of the Church of Scotland, Rev Sally Foster-Fulton:

We were fortunate to welcome the senior representatives from both the UK's Coptic Orthodox and Jewish communities to speak at the Church's General Assembly last May. The Assembly renewed its commitment to both His Grace Bishop Angaelos and Chief Rabbi Ephraim Mirvis that the Church stands together with our brothers and sisters at such difficult times as these.

We now share with Bishop Angaelos in this deep sorrow and pain for our partners in Libya, and in his prayers also for those who carried out these attacks. With him, we also recognise that Christians are not alone in being victims of terrorist violence.

We also share the Chief Rabbi's concern at the attacks on the Jewish community. We too see the worsening levels of extremism in Europe as posing a risk to our democracy and freedom.

That is why we continue to dig deep for the hope that is in us, and pray that the seeds of this violence may be overcome in us all.

Following the brutal murder of Coptic Christians in Libya, the Revd David Tatem, the United Reformed Church secretary for ecumenical and interfaith relations, offered the following reflection on behalf of the URC:

The ecumenical scene in the UK has long been enriched by the presence of brothers and sisters of the Coptic Orthodox Church, so it is with an especial sense of grief that we have learnt of the murder of 21 young Coptic Christians in Libya - by the forces of IS. As fellow Christians we extend our deepest sympathy to the families and friends of those who have died and stand with the Coptic Church in its determination to work for peace.

Hearing the news of the murders my mind has been taken back to the experience at the end of January of attending a concert at the British Museum. This was a celebration of 'Message of Peace', an initiative from Egypt in which two choirs, one of Muslim Sufi singers and the other a Christian Coptic choir, combined to sing together songs of peace and hope - drawn from both traditions and in a specially created fusion.

It was a beautiful and powerful counter to the voices on whichever side that can only curse the other or in the face of the brutality of IS, define Islam as a religion of violence and intolerance. Above all it was a prayer for peace and a demonstration not only that peace is possible but of what peace can look and sound like when cacophany can be turned to harmony.

In a recent statement by Bishop Angaelos, General Bishops of the Coptic Orthodox Church in the UK, he said: ‘While it may seem illogical or incomprehensible, we also pray for those who have carried out these horrific crimes, that the value of God's creation and human life may become more evident to them, and in this realization, that the wider effects of pain brought by this and other acts of brutality may be realized avoided. We pray for an end to the dehumanization of captives who become mere commodities to be bartered, traded and negotiated with...'

May we join Bishop Angaelos in his prayers - remembering all those who have suffered, and continue to suffer, for their faith and beliefs - and in the midst of such sorrow may we find hope in the promise that there will one day be peace.

The President and Vice-President of the Methodist Conference, the Revd Ken Howcroft and Ms Gill Dascombe, have issued this statement in response to the murder of 21 Coptic Christians by Islamic State in Libya:

We deplore the horrific killing of 21 Coptic Christians who had travelled to Libya for work. These people were taken hostage and killed because of their faith as Islamic State and affiliated groups seek to divide communities through the most corrupt and brutal methods imaginable. The majority of IS victims in Syria, Iraq and elsewhere have been Muslim. This demonstrates that we face a battle against a perverted ideology that people of all faiths who value tolerance will want to oppose.

Our most effective response must be to redouble our efforts to meet with people of all faiths and share with each other those insights that enable us to achieve understanding, overcome difference and celebrate our common values. Today our prayers are for the families and communities affected by this appalling atrocity and for our sisters and brothers in the Coptic Church community who are hurting at this time.

Bishop Angaelos, General Bishop of the Coptic Orthodox Church in the United Kingdom, and moderator of the CTBI trustees, has made a statement following the murder of Coptic Christians in Libya:

It is with deep feelings of sorrow and pain that we received confirmation earlier this evening of the brutal murder of Coptic Christians in Libya at the hands of Daesh (IS). While every life is sacred and every death tragic, the particular brutality demonstrated in this instance and others like it shows not only a disregard for life but a gross misunderstanding of its sanctity and equal value in every person.

Our prayers are particularly with the families of these young Coptic men, who were fathers, brothers, sons and friends of many within their tight-knit rural communities, in which their absence will cause significant loss and sorrow. Their families are not only deprived of breadwinners who had travelled to Libya to support them, but of the joy that they bring when they return.

While it may seem illogical or incomprehensible, we also pray for those who have carried out these horrific crimes, that the value of God's creation and human life may become more evident to them, and in this realisation, that the wider effects of pain brought by this and other acts of brutality may be realised and avoided. We pray for an end to the dehumanisation of captives who become mere commodities to be bartered, traded and negotiated with.

We cannot remember our Coptic brothers without also remembering all those who have lost their lives in equally brutal circumstances: journalists, aid workers, medical staff, religious leaders, a young pilot and communities that are considered incompatible with a fringe and intolerant element.

In the midst of this sorrow however, we must continue to dig deeper for the joy that comes from an understanding that this life is but a "vapour that appears for a little time and then vanishes away" (James 4:14), and that true glory and joy are found in an eternal life prepared for all those who live in and for love and peace.

It is only through this understanding that we can continue to live according to the words of 1 Peter 3:15 as demonstrated in the life and witness of the Coptic Church and her children over centuries, "...always be ready to give a defense to everyone who asks you a reason for the hope that is in you... 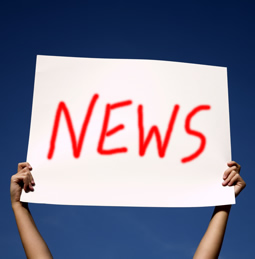