What is Churches Together in Britain and Ireland?

Why is it Britain and Ireland, not just the United Kingdom?

Who pays for Churches Together in Britain and Ireland?

What happened to the British Council of Churches?

What is Churches Together in Britain and Ireland?

It is one of the instruments the churches have created to enable them to work together, and to co-ordinate the work they do separately. Its particular remit covers things it makes sense to do in common across more than one of the nations which make up Britain and Ireland. By "Britain and Ireland", we mean England, Scotland, Wales, Northern Ireland and the Irish Republic.

Why is it Britain and Ireland, not just the United Kingdom?

Because the Irish churches cover the whole of Ireland, not just north or south. So they can only be partners in a body which does the same.

Who pays for Churches Together in Britain and Ireland?

Most of the work the churches do together is paid for directly by the churches themselves. There is, however, also a sum set aside to finance the CTBI office and some of its larger meetings, and each church contributes to this according to its strength.

It has different meanings for different people. Traditionally, it has meant the movement by which the churches have come to accept each other as fellow Christians, find ways of working together, and explored pathways to greater visible unity. Some have complained that that puts too much emphasis on the organised church, and that ecumenism should be seen more broadly as a popular movement by which Christian people express and discover their unity outside the confines of the institutional church.

Others again have begun to use the term to talk about an inter faith dialogue - an ecumenism which embraces Islam, Judaism, Hinduism and the rest, as well as Christianity. And yet others point to the derivation of the word and want to use it to talk of the whole created world - of the unity between all peoples, and between people and creation.

These are all positive meanings, but there are also those for whom it is a negative word, reflecting unacceptable compromises about faith or culture. When someone talks about ecumenism, you have to ask them what they mean!

What happened to the British Council of Churches?

When they became partners in 1990, the organisation not only changed its name but took on a new way of working. The new body was to be understood as a way of helping churches work together, not a separate level of ecumenical work. That means it can speak and act only when there is consensus among the churches.

From 1990 to 1999 it was called the Council of Churches for Britain and Ireland, because for legal reasons it had to have a name similar to that of the BCC. It adopted its present name in 1999. 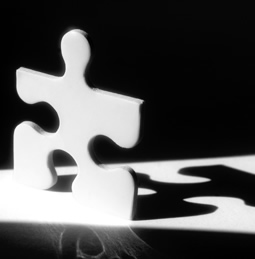