racial justice and the ballot box

Concern among racial justice advocates about the activities of the British National Party remains as strong as ever. Responding to a number of enquiries, Churches Together in Britain and Ireland has revised and reissued its advice to Churches on this issue.

Racial Justice and the Ballot Box (PDF) warns about the policies and tactics of the BNP, which has made alarming electoral progress in some areas. The document spells out many of the statements made by virtually all Christian denominations about racist politics and features a list of discussion questions to help congregations unravel the issues. A list of further resources is also included.

Voting with Our Feet

In October 2009, Churches Together in Britain and Ireland held a one day conference reflecting on how the churches should respond to the politics of the Far Right. Below are two papers that were produced as a result: 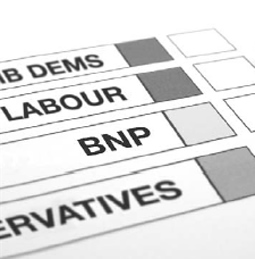