who we are - archive

Notes on admissions to Church Schools

The following guidance relates to the criteria relating to church membership contained within school admission policies. Each School Governing Body is, by law, able to set its own admissions criteria. These have to be fair, transparent, and administered equitably and efficiently.

Governors will have criteria other than church membership which will be considered as well, and maybe with higher priority.

Church schools can have church commitment as a criterion. This always refers to the parent(s)/guardian(s) not the child - so Sunday school membership, for example, is not pertinent.

. Follow the links to see listings of individual members.

or similar. Please consult their website for further information.

If my church doesn't appear in these lists, what options do I have?

We regret very much that this is not something with which Churches Together in Britain and Ireland can help; indeed, we would prefer schools not to refer to us in admissions policies.

How do I find a churches membership number?

Some schools admission forms request a churches membership number. Churches Together in Britain and Ireland do not allocate membership numbers so none can be supplied. This seems to relate only to churches who are members of the Evangelical Alliance so please mark it not applicable.

A note to Governing Bodies

Many schools' admissions policies attempt to formulate criteria which would allow admission to the school of faithful Christians who do not belong to the Church sponsoring the school (e.g. the Church of England or the Roman Catholic Church). These Christians may belong to national Churches, to smaller denominations or to independent churches. They could make a significant contribution to the ethos of the school.

In its attempt to formulate a criterion for deciding whether a particular family's Christian adherence is 'orthodox' or nor, a school may make reference to Churches Together in Britain and Ireland (CTBI) or Churches Together in England (CTE). Some schools ask that parents are in membership of a church belonging to one or other of these organisations. We do all that we can to discourage this as membership of CTBI (and, indeed of CTE) is for churches which fulfil certain criteria related to ecumenical activity and relationships, and to national presence. Not being a member is not a judgment of the church's orthodoxy. The requirement for national coverage necessarily excludes many local independent churches. Our plea is always that admissions policy be decided locally by either diocesan authorities or the Governing Body.

More worryingly, an admissions policy may not mention membership, but may specify that a church should be 'recognised' by CTBI or CTE. Neither organisation is in the business of 'recognising' Churches - we simply make them members. It may be that a mention of 'recognition' in admissions policies could leave a school vulnerable to an appeal. 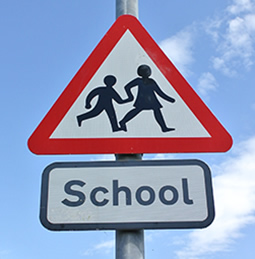