enough food for everyone IF

Over 100 churches and charities were involved in Enough Food for Everyone IF, a campaign to end world hunger launched in the run-up to the UK hosting the G8 Summit in June 2013.

The campaign highlighted the facts that one billion people go to bed hungry every night and two million children die from malnutrition every year.

What the campaign has achieved

"The IF campaign has helped put tackling hunger and the issues that drive it - like malnutrition, tax dodging and land grabs - at the centre of the G8 agenda. We've made real progress thanks to the millions of people who have supported the campaign, but there remains lots of unfinished business. The UK presidency deserves credit for putting the right issues on the agenda and making progress in many areas. We urge them to follow up on this unfinished business to help end the scandal of 1 in 8 people going hungry." - Sol Oyuela, spokesperson for the Enough Food for Everyone IF campaign.

For full details on what has been achieved on the campaign issues of aid, land, tax and transparency see:
IF response: G8 tax agreement and G8 presidency

18 June 2013
IF response: G8 tax agreement and G8 presidency
Today's G8 tax deal is a step in the right direction, but it also leaves major unfinished business, says campaign spokesperson.
Enough Food for Everyone IF

17 June 2013
Church leaders deliver petition demanding PM ends hunger
A petition of 50,000 signatures was delivered to Downing Street on Friday 14 June by church leaders, as part of the IF campaign to demand the Prime Minister takes action to end hunger.
Tearfund

15 June 2013
Follow the Big IF event in Belfast
Keep up with today's sold out event in Belfast via the live blog, which will also provide updates on any news from the pre-Summit ‘Open for Growth' event discussing trade, tax and transparency with business, civil society and governments.
Enough Food for Everyone IF

13 June 2013
Archbishop of York among church leaders at Enniskillen church service
On Sunday 16 June there will be a Church service in the centre of Enniskillen which will involve a mixture of senior church leaders from Ireland and the UK, including the Archbishop of York, as well as Christian Aid representatives from the Global South.
Christian Aid

8 June 2013
3,500 attend IF ecumenical church service
At the ecumenical service in London on 8 June, the Archbishop of Westminster and Archbishop of Canterbury joined together in calling for action at the upcoming G8 summit to tackle the root causes of global hunger.
Enough Food for Everyone IF

8 June 2013
Follow the Big IF event in London
Campaign organisers are live blogging the event in Hyde Park, London today. The blog includes a link to yesterday's web chat with BIll Gates and others.
Enough Food for Everyone IF

4 June 2013
Bishops fast for the Big IF
Bishops of Birmingham, Oxford, Salisbury, Sheffield, Buckingham, Pontefract, Ramsbury, St Germans and Sherborne will be among thousands of people across the country giving up food on Thursday, 6 June, to draw attention to the fact that 1 in 8 people around the world go hungry every day.
Church of England

24 May 2013
Report - Who pays the price? Hunger: the hidden cost of tax injustice
The scandal of world hunger could soon be ended if the revenues that developing countries lose through tax dodging were available to them to invest in agricultural development, says Christian Aid.
Christian Aid

23 May 2013
IF campaign events in Wales
Take part in one of the Welsh events supporting the IF campaign, including a pilgrimage in North Wales (ending 1 June), Cardiff walk of witness (1 June), and IF Wales send off at Holyhead (14 June).
Union of Welsh Independents

14 May 2013
Register for the Big IF rally in Belfast on 15 June
Everyone's invited to bring their friends and family to the Belfast event, 1-5pm on 15 June, before the G8 summit in Northern Ireland on 17/18 June 2013.
Enough Food for Everyone IF

In addition to the resources available from the Enough Food for Everyone IF websites, these agencies have produced resources specifically for churches:

A series of weekly reflections on the line from the Lord's Prayer "Give us this day our daily bread", produced with Christian Aid and Tearfund.

Resources to support the campaign

including how to meet your MP, worship resources, briefings, posters, videos and school resources.

The campaign is asking world leaders to act on four big issues that mean so many people do not get enough food:

Find out more on the Enough Food for Everyone IF websites: England 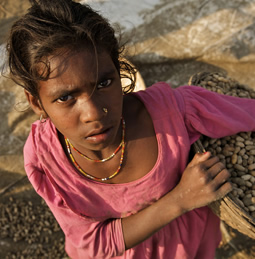 As 2015 looms it is clear there is a long way to go to complete the original aims of the Millenium Development Goals. In our latest publication Barbara Butler, Executive Secretary of Christians Aware, looks at what has been achieved and what is still to be done.
More >>