The Churches Refugee Network started from very informal beginnings. Church members, in response to their Christian calling, began to minister to asylum seekers they met in their daily life. In responding to needs at local parish level, they soon met with the disturbing complexity - human, pastoral, legal, theological and political - which always characterises the refugee issue.

It soon became apparent that, for many, there were insufficient local resources to seek a purely local solution. Members soon began to talk to one another for information and support, and from this the Churches' Refugee Network (CRN) was born.

It existed quite informally until some time in 2004. Then, in response to draconian measures in the legislative field and serious criticisms of many procedures in asylum welfare and immigration detention, a more formal structure with a steering committee was established. 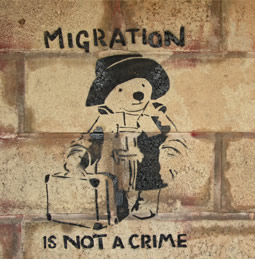