Pledges yet to be fulfilled

The goals have raised awareness of the issues, and there is some progress. Child-mortality rates have fallen, more children attend school, and more people have access to water and improved sanitation services. But the goal of halving extreme poverty and hunger by 2015 will not be reached.

The number of chronically hungry people remains obstinately high at nearly one billion, slightly more than in 2000. The number of the people living in extreme poverty is increasing in many sub-Saharan Africa countries. So, contrary to the book's subtitle, the world is far away rather than near the goals.

Barbara Butler of Christian Aware outlines the problems well, and the book is packed with inspiring stories of people who are striving to achieve the goals. Lacking, however, is critical analysis of how governments of both Western and developing countries have failed to devote sufficient resources and priority to achieving the goals. Aid from Western countries stood at 0.29 per cent of their combined gross national income in 2012, a long way short of the UN target of 0.7 per cent. They cannot blame it all on economic recession.

In 2005, and again in 2010, governments reviewed progress towards the goals, which was clearly not enough. But more resources to back the vision were not offered. Poverty is a scandal that can and must be overcome. It will happen only if people care enough. 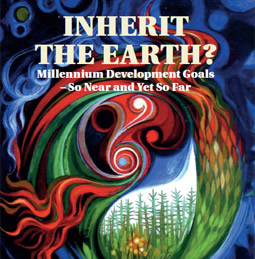