Elections for the European Parliament took place in the UK on 22 May 2014.

European Parliament elections have often attracted a low turnout of voters in the UK. Only a third of voters participated in the 2009 European elections, compared to two thirds who voted in the 2010 General Election.

Opinion may be divided about the benefits of being a part of the European Union (EU), but our daily lives are affected by the decisions taken there.

The following briefing by the Baptist Union of Great Britain, the Methodist Church in Britain and the United Reformed Church explains why the elections are important to us and can be used to reflect on some key issues, from immigration and tax to the environment and human rights:

Christian Aid has produced a short briefing which outlines the importance of the European Union in tackling poverty and helps us consider questions to put to candidates ahead of the elections:

The Conference of European Churches (CEC) has partnered with other Christian organisations to produce a website giving information about the European elections.

A downloadable leaflet encourages us to use our vote, explaining why the opportunity for voters to influence EU policy has never been greater.

Faith in Europe - why Christians should vote

Faith in Europe, the Churches European Relations Network (a Body in Association with Churches Together in Britain and Ireland), has a web page detailing why Christians should vote and some of the issues to consider.

Ken Medhurst, Faith in Europe's Research Director, has also produced a reflection on the elections 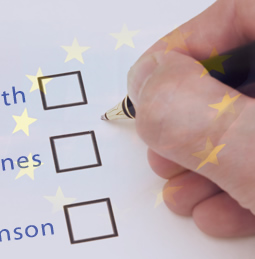