CTBI's China visit in 2010 allowed representatives from CTBI member churches to become better acquainted with the Chinese churches, to visit a number of partners of the CTBI China Forum, as well as research the twin study aims:

Our report (below) details the aims of the trip, the places visited, outcomes and recommendations for the future.

China is clearly developing at a pace which far exceeds experience of the West. This presents significant opportunities to some of the Chinese people, especially in terms of foreign study and travel. Although this is positive for those concerned it was clear, from conversations with Chinese people, that many see Western ideals, looks and possessions as things to strive for which saddened me. What consequence this has for Chinese culture remains to be seen.

From the specifically church perspective I was particularly troubled by two things. Firstly, the lack of understanding of our questions about how Christians are nurtured to maturity and fulfilment of potential within such large congregations. Secondly, the lack of engagement between the CCC and the Catholic church. The relationship is probably made more difficult because of the attitude of the state in viewing the two as separate religions and also the difficulties which the Catholic church in China has experienced. However, with relatively few churches per head of population, and evident social need especially in respect of the housebound and those with disabilities, working together could prove very effective for the community and for witness.

The character of each of the places we visited differed greatly. Shanghai seemed to be in the biggest hurry, Hangzhou felt much more ‘Chinese' and showed less Western influence, and the centre of Beijing had the feel of an international capital city. Regardless of the impression each place gave it was noticeable that those who have physical or learning disabilities are invisible, the western ‘grey pound' accounted for most of the white visitors in and around the tourist attractions, Chinese tourists were generally young and black people were simply not there (we saw one at the Great Wall after the group had returned home).

In a nation of such contrasts and such size I am left wondering just how the whole can be held together without political reform other than by an authoritarian regime. The evident pride people have in their states and the distinctiveness of the ethnic and other communities would suggest that devolution might be appropriate. However, this flies in the face of experience both because the people are not used to, and appear not to be equipped to, make decisions for their communities and also because the national government displays anxiety about any expression of local unity.

In the end ‘it's complicated' seems to sum China up.

The driving: based on the principle that everything in front is a problem; but everything behind is not a problem. Therefore, if there is a space somewhere ahead: fill it. This seems to be a reflection on China as a whole: the past is gone, and the future needs to be worked out.

The Country: big, noisy, varied, and overall there is a strong view that modern is everything. It has to be the newest, the best, the most expensive. Preferably something from the west. But alongside this there does seem to be an increasing awareness of the value of past culture, even if the lessons are not all learnt.

The people: friendly (mostly), value education (enough to pay up to a year's wages in order to pay for a child's education), but seem to often lack proper analysis and working things out (reference attitude to accessibility of buildings etc - they don't really seem to understand it).

The Church: much of this attitude is also reflected in the church - big is best, so churches aspire to having buildings which can accommodate up to 3000 people. But is this going to lead to problems in the future in nurturing disciples, and routing faith in actions? Probably.

Amity and the NGOs: although some of this China perspective is also true for them, they seem to be more socially aware, and see value in the small and bespoke. But they are hampered by not being able to properly network and learn best practice from each other.

The politics. Probably the most capitalist society I have been to - and that includes USA - but run by the Party. It is worrying that it may be possible to continue to have economic success without political reform. It is like a spinning top, but with a controlling hand still on it. Is it safe to let go?

So my final question is: would the people we met be prepared to sacrifice economic success for greater political freedom? I think most would say no. But I think they deserve better, and they can and should be trusted to determine more aspects of their lives.

The whole visit was eye-opening in every respect! We frequently commented that the situation was 'complicated' and that word will stick with me. Little is as simple and clear-cut as may appear!

I was most impressed by the ability of the church communities we met in Shanghai, Hwang Zhou, Nanjing and Beijing to operate effectively within the restrictions imposed by the Government. As an example, Bibles may not be available in public bookshops, but churches may run bookshops on their premises and nothing is stopping them having a street entrance to these shops! On a related note, the Amity Printing Press was unforgettable.

As a teacher, I was particularly moved by the school for migrant children in Nanjing which we visited one very cold and wet morning. We were taken in to a classroom with some forty children, perhaps more, with one young teacher. The children appeared to be aged eight or nine, crowded into a small cold, damp room, but enthusiastic and happy. The teaching conditions would have appalled a schools inspector in the west, but these little ones clearly wanted to learn! And there they were chattering and laughing - and dressed in padded jackets and other outdoor gear - as was their teacher! The issues for migrant workers are enormous. It was disappointing to learn that the Government's programme seems not to be addressing these adequately.

At the Nanjing Theological Seminary, we met a group of theological students, most of whom were women. Perhaps their views on liturgy and on music may have appeared rather 'traditional' to some of us, but there could be no doubting their faith commitment. While visiting a former Methodist church in Beijing, we encountered a young female ordinand: she was equally impressive. With appropriate theological and other support from the churches in the west, the church in China would appear to have a bright future as far as its ministry is concerned.

A disappointment was that we were unable to meet with officials of the Roman Catholic Church. Having said that, I appreciate that this year is a sensitive one for that church.

Another disappointment was that we were unable to secure a meeting with the State Authority for Religious Affairs (SARA). In the light of comments from Sean Winnett of the British Embassy that the process of relaxing restrictions has slowed to a 'glacial' pace, one was left wondering if SARA deliberately ignored the request for a meeting.

A real highlight was the eight-hour train journey from Hwang Zhou to Nanjing. We learned so much both from experiencing Chinese travel conditions and from observing what was going on around us. Mind you, I think we provided much entertainment and material for conversation among those with whom we travelled! 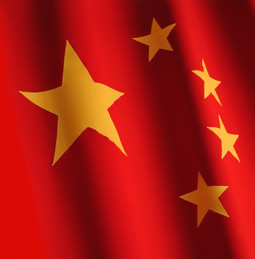 Discover more about the Chinese Church and Chinese Christians in the China Online Study Centre.
More >>