Homeless Sunday
18 January 2015
From 2008-2014 this was part of Poverty and Homelessness Action Week but, because of the difficulty of covering the costs of coordinating the week, from 2015 this and Church Action on Poverty Sunday will be separate events. Homeless Sunday helps publicise and fund the work of Housing Justice, the national voice of Christian action in the field of housing and homelessness. Resources, including a prayer card, will be available from September 2014.

Visions of the Good Society!
Also previously part of Poverty & Homelessness Action Week, the Sunday aims to raise awareness of the work of Church Action on Poverty to 'close the gap between rich and poor, and build a society which will be happier, healthier, safer and fairer'.

The theme for 2015 is Visions of the Good Society, building on the Good Society project in partnership with CTBI. Help Church Action on Poverty create its vision of a Good Society - a fairer world with a smaller gap between rich and poor.

Worship materials for churches are available to download, which include planning a service, prayers, Bible readings, an all-age activity, plus a fundraising guide. Ideas for fundraising include showing a Church Action on Poverty video, holding a soup lunch and a Lenten Fast.

Truth and Lies About Poverty
The Joint Public Issues Team of the Baptist, Methodist and United Reformed Churches has produced a list of resources on the Truth and lies about poverty


Together for the Common Good
An ecumenical free standing, time-limited project exploring how different Christian traditions, other faith communities and their secular allies can work better together for social justice. It consists of an interactive research process (Jan 2013-14), a conference (6-8 September 2013) and a book to be published in 2014/15.

Watch videos of the conference sessions

Get involved in the research process

Micah Challenge UK is a coalition of Christian organisations and churches in Britain united in their concern to fight global poverty, set up after world leaders signed up in 2000 to the Millennium Development Goals to halve global poverty by 2015. Micah Challenge

is a widely supported coalition whose members include the Church of England and many Christian organisations. 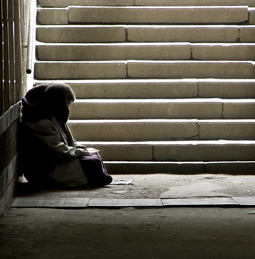