[This is an archived page]

to promote community cohesion and subsequently, on 18 December 2007, the Department of Communities and Local Government launched a discussion paper: Face-to-Face and Side-by-Side - a Framework for Inter Faith Dialogue and Social Action - Consultation. This sought responses by 7th March 2008. The document is available as a download, or hard copies can be ordered, from the National Archives website

. We have more details on Face-to-Face and Side-by-Side, including responses so far, in our inter faith pages.

The final report "Face to Face and Side by Side: A framework for partnership in our multi faith society" has now been published and was launched on 21 July

Research by Gweini, the Council of the Christian Voluntary Sector in Wales,
working in partnership with Wales Council for Voluntary Action (WCVA), has revealed the extensive contribution made by faith communities to Welsh civil society:
Faith in Wales report (PDF)

The report has been welcomed by the Archbishop of Canterbury

Commission on Integration and Cohesion

The Commission on Integration and Cohesion, a fixed term advisory body set up in 2006, had a brief to consider how local areas can make the most of the benefits derived from increasing diversity and to consider how to develop practical approaches to building communities' own capacity to prevent and manage tensions. The commission's final report - Our Shared Future - was published on 14 June 2007.

The churches, along with other faith communities, work with government initiatives wherever it is possible and relevant. It is worth remembering, however, that churches have been involved in a range of inter faith activities for many years and have been instrumental in the development inter religious dialogue and awareness raising. See our inter faith pages for full details.

The Faith Based Regeneration Network UK

is a national multi faith network for community development and regeneration. 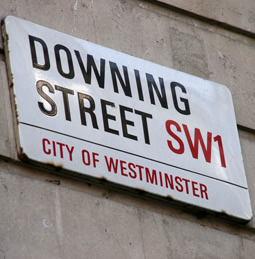