Many joined us on a spiritual journey for Lent during 2008 with this prayer guide from Churches Together in Britain and Ireland, in partnership with BBC Radio 4 and BBC Local Radio.

We explored six pathways to come to God, each offering a different perspective on approaching God through prayer.

Each pathway started with Sunday Worship on BBC Radio 4 (0810-0850), complimented by additional programmes on the Daily Service (0945-1000 BBC R4 LW), BBC local radio and downloadable resources for groups and individuals.

Pathways of Prayer is intended to be accessible by anyone who is interested in spirituality and prayer, wherever they may currently be on their journey with God. And if this is a new spiritual experience for you, we will suggest ways to continue the journey.

For 2009, we are exploring the senses during our Lenten journey with Sense Making Faith.

Each week started with Sunday Worship at 0810 on BBC Radio 4. More

You could follow the readings and prayers from The Daily Service at 0945 on BBC Radio 4 (198 Long Wave), or use them as part of your own daily reading. More

Sunday morning programmes across the BBC's network of 39 BBC local radio stations carried a series of special reports exploring some of the key themes behind Pathways of Prayer. They were included in the Faith section of your
Where I Live

Explore each of the pathways with this weekly prayer guide. More

There are further paths you might like to take and explore for your ongoing spiritual journey. Take a look at these suggestions. More

Discuss and discover how other people have encountered God on their own journey. Go 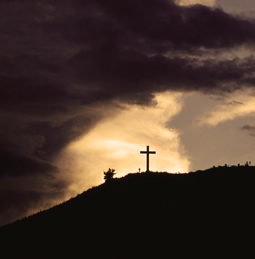