the way to freedom

During Lent 2012, Sunday Worship on BBC Radio 4 explored The Way to Freedom.

Reflected upon: What is freedom?
Venue: The King's School Canterbury

With: The preacher was Dr Rowan Williams, Archbishop of Canterbury

Dr Williams is acknowledged internationally as an outstanding theological writer, scholar and teacher. As Archbishop of Canterbury his principal responsibilities are however pastoral - leading the life and witness of the Church of England in general and his own diocese in particular by his teaching and oversight, and promoting and guiding the communion of the world-wide Anglican Church by the globally recognized ministry of unity that attaches to the office of bishop of the see of Canterbury.
Photo: © Tim Ashley

With: The preacher was The Provost, The Very Revd Dr Graham Forbes CBE

Dr Forbes has been Provost of St Mary's Episcopal Cathedral, Edinburgh, since 1990. Graham is also Chair of the Mental Welfare Commission for Scotland and Chair of OSCR (The Scottish Charities Regulator). Within the UK he serves on the Armed Forces Pay Review Body and is a member of the Security Vetting Appeal Panel. His wife, Jane, is an English teacher, and they have three sons.

With: The preacher was the Rev Dr Trystan Owain Hughes, Anglican Chaplain to Cardiff University

Reflected upon: Church as community
Venue: Church of the Good Shepherd, Belfast.
With: The preacher was Dr Donal McKeown, one of two Auxiliary Bishops in the Roman Catholic Diocese of Down and Connor.

Dr Donal McKeown was ordained in 1977, he spent some 23 years as a teacher, becoming President of St Malachy's College in Belfast in 1995 and six years later, was appointed Bishop of Cell Ausaille and Auxiliary Bishop of Down and Connor. He maintains his interest in education and work among young people in the diocese.

With: The preacher was the Revd Dr Keith Clements, writer of this year's CTBI Lent materials. With Sue Mills OBE.

A Baptist minister, Keith Clements has been a local church pastor, theological college and university lecturer, and ecumenical worker, being General Secretary of the Conference of European Churches 1997-2005. He has written and published extensively including five books on Dietrich Bonhoeffer, as well as writing the Lent Course The Way to Freedom. He lives in Portishead, near Bristol.

Sue Mills OBE is a long-standing aid worker who has been awarded an OBE in the New Year's Honours list for services to international development and disaster response.

With: The preacher was the Revd Paul Wilson.

Rev'd Paul Wilson is a Methodist minister who has served at Knutsford Methodist Church for 14 years. He is Chair of Methodist Evangelicals Together (MET) and speaks at various conferences seeking to encourage people in their mission and ministry. He is married to Karen and has three grown up children. 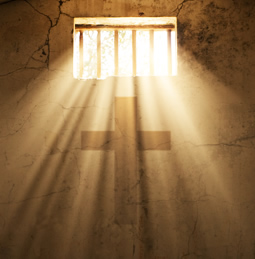