Week 2 - The path of social justice

Prayer of St. Francis of Assisi

So was the 'friend' in our opening parable distracted by her compassion for the poor, needy and oppressed?

Perhaps she recalled that when she walked and talked with her Friend she learnt of His sadness at human suffering and His anger at injustice.

And remembering that her Friend was restless for change, maybe she felt drawn to find the path of social change that would lead her back into a relationship with her Beloved.

Christianity is not just about 'inward spirituality'. Our faith in God made known in Jesus Christ compels us to work for a better world, for peace and for justice.

For some this is quietly working for those facing difficulty - poverty, sickness or sadness.

Others feel compelled to protest against what they see as injustice in their society or in the world - prayer and protest are very closely linked in the Bible, especially the Old Testament.

Organisations and movements such as the Iona Community and Faithworks movements have given fresh impetus to a deep stream of Christian spirituality that includes figures like Dietrich Bonhoeffer, Martin Luther King and Mother Teresa.

The example of Jesus in the Temple shows us how righteous anger and desire for change is part and parcel of our journey towards the Cross.

It is the sense of working 'against the grain' of prevailing social systems and attitudes that is the distinguishing feature of this strand of spirituality. And so we remember all the movements that have transformed our world.

Other work for social justice, whilst not having the same profile, is still none the less a significant expression of that spirituality driven by the justice of God.

There are many ways in which action for social justice can be an expression of prayerfulness.

Many Christians who take action for social justice are not simply Christians who happen to be involved in political and social endeavours but see their activity as an outpouring of their Christian faith - an expression of prayer.

As we travel on this pathway, we make many friends who travel this route - maybe we can join with them as they pray and work for change in areas of:

Council of Christians and Jews

The next path takes us along the Devotional Path 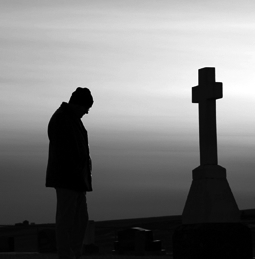