All Things in Common

The 2011 Week of Prayer for Christian Unity comes to us from an ecumenical group in Jerusalem.

BBC Radio 4's Sunday Worship marked 2011's Week of Prayer for Christian Unity, with a sermon by the Rev Bob Fyffe, General Secretary of Churches Together in Britain and Ireland. More >>

The Christians of Jerusalem and indeed much of the Middle East are living under tremendous pressure and we are all too aware of the difficulties they experience both in terms of the political and religious situation and their dwindling numbers. However they are also communities of faith that worship, pray and study together, who work for the good of their society and pray for unity of the Church and the coming of the Kingdom of God. In 2011 they invite the world-wide Church to pray with them for the unity of the Church and justice and peace in the Holy Land and through the world.

The Britain and Ireland Writers Group are pleased to commend the worship materials for 2011 and have written some additional material to complement the liturgies from the churches of Jerusalem.

The resources for 2011 are available as downloads from our resources page. There is also an order form to purchase the material in a published format. 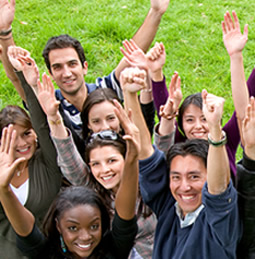