week of prayer
for christian unity

Is Christian disunity a scandal before God? Or is it something we have grown accustomed to, as though it were a creaky door that we never seem to get around to fixing? St Paul's words challenge us as we reflect upon this question. To suggest that disunity is something acceptable is declaring that Christ himself is divided - and that really is a scandal!

2013 was the year in which churches from all inhabited continents of the world gathered in Korea for the 10th General Assembly of the World Council of Churches. We gathered for no other reason than to declare to the world that our disunity is a scandal and that we will go on praying for and working for that unity which is God's gift to the church and to the world.

The Churches of French Canada have chosen for us a key biblical text of the ecumenical movement and have invited us to think about what our divisions say to the world and to each other about the Christian faith. They have also suggested that we use the Millennium Goals as a focus for our prayers for the world.

This year we are again continuing our partnership with Christian Aid which has provided Go and Do action points for each of the daily reflections - linking into the important work of Christian Aid in the relief of poverty and advocacy of justice.

The resources for 2014 are available as downloads from our resources page. There is also an order form to purchase the material in a published format.

How the Week of Prayer was observed via Twitter (#wpcu2014) 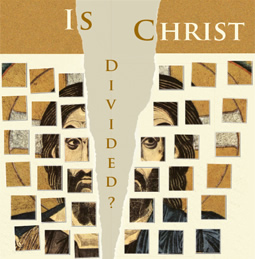 Our pamphlet for 2014 includes daily reflections and an order of service, available to buy in printed form or as a free download.
More >>