2008 is a special year, marking the 100th anniversary of the Week of Prayer for Christian Unity.

The Week of Prayer was first marked by Father Paul Wattson, an Episcopalian Franciscan priest in the USA. The resources have therefore been produced in this centenary year from within the United States of America. The image is from Ground Zero and symbolises the sense of praying for peace and reconciliation, both within the Church and the world.

Readings and meditations focus on Paul's advice to "pray without ceasing". Resources for the week, produced by Churches Together in Britain and Ireland, include a service pamphlet, prayer cards and poster.

The Week of Prayer offers opportunities to meet and pray with fellow Christians of different denominations in your locality. Often new local initiatives emerge out of meeting and praying together in this way.

The Week of Prayer for Christian Unity traditionally takes place between 18-25 January but may be observed over a different period. It lasts for 8 days and was originally called an Octave of Prayer. 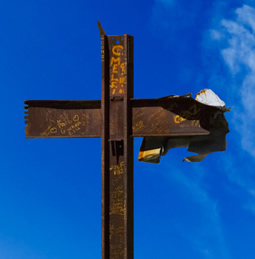