During Lent 2013, Sunday Worship on BBC Radio 4 explored
This is our story: Journeys of faith.

Nicholas Sagovsky is an Anglican priest with professorial posts at two ecumenical universities, Liverpool Hope and Roehampton. Until recently he was Canon Theologian at Westminster Abbey. He values opportunities to share stories with asylum seekers and migrants - people's journeys and the faith that keeps them going against the odds. He values friendships developed through ARCIC (the Anglican-Roman Catholic International Commission) and his co-chairmanship of the London Society of Jews and Christians.

Stephen Wigley is a Methodist minister curently serving as Chair of the Wales Synod of the Methodist Church. He is married to Jenny, a priest in the Church in Wales, and they have two teenage sons, David and Andrew. He has an interst in historical and systematic theology and has written books on Barth and von Balthasar. Living in Wales, he also has a deep interest in music and sport.

Reflecting upon: Fed by the Bread of Heaven
Venue: The Memorial Chapel, University of Glasgow
With: Alison Phipps

Writer, gardener, piper, poet and regular international keynote speaker Alison is a member of the Iona Community. She is Professor of Languages and Intercultural Studies at the University of Glasgow where she teaches languages, comparative literature, anthropology and intercultural and religious education. She is author of over 7 academic books, numerous articles and she currently co-convenes Glasgow Refugee, Asylum and Migration Network at the University of Glasgow.

Reflecting upon: Singing in the Wilderness
Venue: York Minster
With: The Very Reverend Dean Vivienne Faull

The Very Reverend Vivienne Faull is the Dean of York. In 2009 she was elected Chairman of the Association of English Cathedrals (the cathedrals' representative body) and is serving her second term on the English Anglican Roman Catholic committee for ecumenical conversations. She is a member of a Windsor Chief Executives working group and has recently been elected an Honorary Fellow of Clare College Cambridge.

Richard Clarke was educated at Trinity College Dublin and King's College, London. He was ordained in 1975, held a number of posts within the Church of Ireland, and was Bishop of Meath and Kildare between 1996 and 2012. He became Archbishop of Armagh in December 2012. He is currently Chair of the Church of Ireland's Commission for Christian Unity and Dialogue. He is author of And is it True? (2000), The Unharmonious Blacksmith (2002) and A Whisper of God (2006).

Reflecting upon: Living in Hope of the Promised Land
Venue: Methodist Central Hall Westminster
With: The Senior Minister, The Revd Martin Turner

The Revd Martin Turner has been the Superintendent Minister at the Methodist Central Hall Westminster since 2001, where he is also Chaplain to the Methodist Parliamentary Fellowship. Martin has been a member of the Methodist Conference for many years. He is Married to Biddy and they have three grown up children. He spends his spare time restoring antiques, gardening, fishing and following the activities of West Ham. 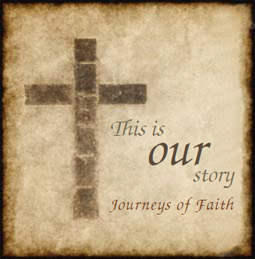