From its earliest times, the church has had to engage with a religiously plural world. Since the 1950s, Inter-Religious dialogue has become an important part of the church's mission.

After the Second World War, the churches attempted to come to terms with the horrors of the Holocaust and the way Christians had been part of anti-Semitism over a number a centuries. The churches also found themselves pondering the theological implications of a multi faith world.

In 1981 the British Council of Churches published the Four Principals of Dialogue:

1. Dialogue begins when people meet each other.

3. Dialogue makes it possible to share in service to the community.

Churches Together in Britain and Ireland has worked to support the churches in their Inter-Religious work through the Churches Commission for Inter Faith Relations which has now become the Churches Inter-Religious Network. For more details see CTBI and inter faith - a history. 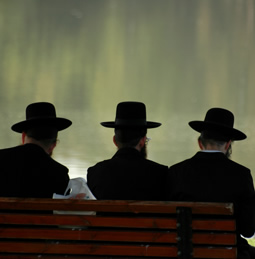