face to face,
side by side

'Face to Face, Side by Side' was launched by the UK Government at the end of 2007. It aimed to be a "framework for inter faith dialogue and social action".

The document was produced by the Department for Communities and Local Government which strictly pertains to England as these matters are devolved in Scotland and Wales. However, this 'framework' will inevitably impact all parts of the United Kingdom.

The document can be downloaded from the National Archive

The title "Face to Face, Side by Side" was coined by the Chief Rabbi, Sir Jonathan Sacks to describe the two kinds of inter faith engagement - the ‘face to face' dialogue between faiths, and different faiths being ‘side by side' with each other for the benefit of society.

The Government invited ‘faith communities' to respond. The following responses were made public:

The Society of Friends

Responses from Other Faiths and Other Organisations

[Help] has also made a response.

The Muslim Council of Britain 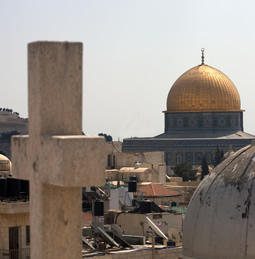