The Cadbury Lectures 2014: Is the New Testament Anti-Jewish?
25 November - 3 December 2014
Professor Amy-Jill Levine, University Professor of New Testament and Jewish Studies at Vanderbilt University Divinity School, provides a 'historically informed and theologically sensitive reading of those New Testament passages that some claim to be anti-Jewish, rooted in a recognition that both Judaism and Christianity formed their identities in dialogue and debate with each other. The series explores and celebrates where Judaism and Christianity agree, as well as where they disagree.'
University of Birmingham

Hindu-Christian Forum Comparing Notes Series
A series of practical faith linked dialogues told through the personal stories of individuals pursuing their hopes and aspirations, sometimes in the face of tremendous challenges and conflict. Each session will comprise of two individuals ‘Comparing Notes' on a connected topic followed by Q&A and a discussion.
People of all faiths and beliefs are welcome to attend.

InterFaith Network UK Statement on Woolwich attack
A statement was signed by Co-Chairs and Vice-Chairs, including CTBI General Secretary Bob Fyffe.
InterFaith network for the UK

ICCJ pleas for moderation when discussing the Middle East
"Let us have mercy upon words" when talking about the Middle East says the International Council of Christians and Jews, which says respectful dialogue is essential for mutual respect among all religious communities, especially ones afflicted by political conflict.
International Council of Christians and Jews

New teaching on interreligious dialogue from the Catholic Church
Meeting God in Friend and Stranger: fostering mutual respect and understanding between the religions reminds all Catholics that they are called by their Baptism to engage in dialogue with others, and specifically with people of other religions.
Catholic Church in England and Wales

Study for a Certificate in Inter Faith Relations
This course from the London Inter Faith Centre seeks to introduce religions and ideological stances and their presence and manner of functioning in the UK.
Contact London Interfaith Centre

Christian Muslim Relations in Britain: Insights and Lessons from Africa
Talk by Dr John Azumah for the annual lecture of the Bradford Churches for Dialogue and Diversity, Wednesday 12th May 2010.
BCDD annual lecture 2010 (PDF)

Inter Faith Week - 21st to 27th November 2010
The week aims to strengthen good inter faith relations at all levels; to increase awareness of the different and distinct faith communities in the UK; and to increase understanding between people of religious and non-religious belief.
Inter Faith Week 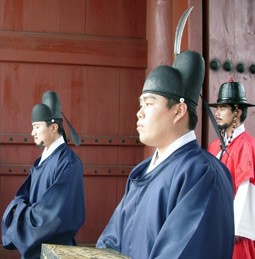