Religious plurality is one of the most obvious features of the world. It is also a feature of many communities in Britain and Ireland.

Official statistics on religious affiliation can be found at:
Irish Republic

For some, this diversity is a cause for celebration. For others this plurality means that the churches should be mindful of what is distinctive about Christianity. And sometimes this diversity is the source of strife and conflict.

Foremost in peoples mind will be Christianity's relationship to Jews and Muslims, but there are other faiths too and some of them have a significant presence in parts of Britain and Ireland.

On our directory page there are various organisations that offer training courses and other opportunities if you are interested in taking issues forward. 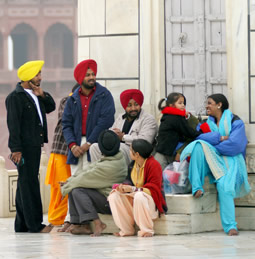