According to the census figures, Hinduism is the third largest religion in Britain and Ireland. Relationships between Christians and Hindus are therefore very important.

Some commentators stress that Hinduism is not a religion in the same way as, say, Christianity and Islam. Rather it is more a family of religions bound together by Indian Vedic Philosophy. The BBC's Religion and Ethics

gives an overview of the nature in Hinduism in the United Kingdom.

Christianity's engagement with Hinduism is very old, however contemporary relations are often defined by the history of British rule in India and by Christian missionary religion.

Issues concerning missionary activity, conversion, caste discrimination and Indian politics all impact on Christian-Hindu relations. Dialogue between the two religions therefore aims to overcome misunderstandings and to develop relationships of trust that are respectful of difference.

In the summer of 2008, some of the churches endorsed a statement which lent support for the establishment of a renewed Christian-Hindu Forum.

Statement from the Hindu-Christian consultation held in Varanasi, India, 23-26 October 1997

Surrender to God in Islam, Christianity and Hinduism at the Oxford Centre for Hindu Studies

The Society for Christian-Hindu Studies 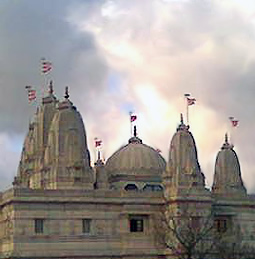