Mark Twain once famously said "the rumours of my death have been greatly exaggerated". The same might be said of Christianity in Europe, at least in the view of Philip Jenkins.

Jenkins' previous book, The Next Christendom: The Coming of Global Christianity, outlined the remarkable growth of Christianity in the Southern Hemisphere. In God's Continent, Jenkins turns to the continent that was once the powerhouse of Christianity - Europe.

Western Europe has witnessed a decline in church attendance and a growth in its Islamic population, especially through immigration. This has led some commentators to predict the Islamisation of Europe. Indeed the first chapter takes its title words from a placard used during Muslim demonstrations against Salman Rushdie in 1989, "Islam - Our Religion Today, Your Religion Tommorrow".

Jenkins examines this prediction very carefully before concluding that it is an unlikely scenario. He also suggests that European Christianity is much more dynamic that some portrayals of it - for example he points to the huge interest in pilgrimage to Christian sites and the growth in 'ecclesial movements' such at Taize and Iona. On the Muslim side he points to the large numbers of 'invisible' secularised Muslims that are eclipsed by the more newsworthy radicalised groups that sometimes resort to violence.

Jenkins moves us beyond the 'stereotypes' of tired Christianity and radicalised Islam and paints a dynamic picture of both religions and their European presence. He reminds us that we are dealing here with two world religions with a long history of co-existence that has sometimes tipped towards tension and violence. He looks the difficulties in the eye, especially in addressing many of the latent fears that exist beneath the surface.

But, whilst he suggests there are real difficulties ahead for Christian-Muslim relations there are also opportunities for Christian Europe to look afresh at its faith and identity, and draws lessons from history that suggest that religion can renew itself. 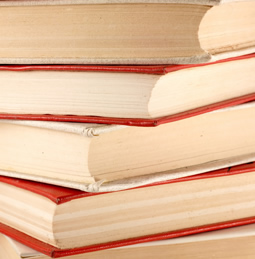