A British Christian visit to Jewish sites in Poland

The churches' involvement in dialogue with Jewish people over the past fifty years has led to a widespread ecumenical recognition of the need to take Jewish-Christian relations seriously in all forms of Christian ministry, and to provide opportunities for theological reflection on the issues raised for Christian faith by encounter with Judaism.

There is a particular need for the development within the churches of networks of ordained people with an expertise in this area, who will be able to give encouragement and advice to the Christian community. Jewish-Christian relations form part of the wider inter faith challenge, but also have their own distinctive problems and opportunities.

The Council of Christians and Jews has worked impressively over the past fifty years to build up trust and understanding between the two communities at every level, and more recently the Centre for Jewish-Christian Relations in Cambridge has developed an academic expertise to resource those with a particular interest in this area.

Poland itself provides a crucially important venue for such a study as a context to explore the cultural roots of modern Judaism and remembrance of the Holocaust/Shoah and the shadow that it still casts.

The POLIN Study Tour took place in 2004 and proved to be an effective training opportunity for Christian leaders. This was done in partnership with the Centre for Jewish Culture in Cracow which has developed extensive expertise in arranging study courses in Jewish-Christian relations.

You can download one person's reflection on the POLIN Study Tour:
POLIN personal reflection (PDF)

Churches Together in Britain and Ireland is currently exploring appropriate ways in which it might offer this study opportunity in the future. 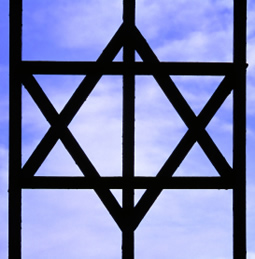